If you were not paying attention you would not have noticed, but congress along with doing nothing about the estate tax at the end of 2009 let 50 tax breaks expire.  These tax breaks are traditionally extended at the end of each year by congress.  However, this year the congress was so tied up in other issues like the health care bill that they did not bother to pass an extender bill.  This has happened before and when it did it took congress until October to pass an extender bill retroactive to January 1.  However, there is no certainty that this will happen again, and if it does it will most likely not extend all 50.  Congress is in a budget crisis year and they will be looking for areas to increase revenue, so watch out.

Below is a list of items that were not extended that are most like to affect the most taxpayers:


The uncertainty of these provisions being extended will make it difficult to determine estimated tax payments for 2010.  If taxpayers assume that the deductions will be extended and they are not, they could be subject to penalties for not paying enough estimated taxes.
Posted by Dan Lively, Esq., LL.M., CPA at 4:32 PM No comments: 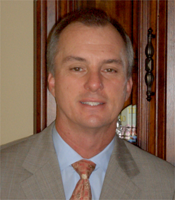